Until now, there hasn’t been any official award to recognise excellence in the delivery of school sport and physical education at Key Stage 1.  Active Essex announced at the end of last year that they would be opening applications for all primary schools to apply for this award. In September, Miss Chandler completed an online application to be considered for the KS1 Physical Education, Sport & Activity Mark. Application were assessed by a panel assembled by Chelmsford School Sport Partnership and Active Essex.  The award will last for two years.

Shenfield St Mary’s were successful in their application and representatives from the staff and pupil representatives will attend a ceremony to collect the award on Thursday 16th January 2020.

It has been wonderful to see the standard of cricket improving year on year across the Brentwood Schools.  This year was no exception with two other schools fielding excellent teams.

Our first team won their group with confidence, meeting Ursuline Prep in the semi-final.  This was a tough match, with both teams fielding convincingly and batting well.  Shenfield St Mary's had to find one run on the final ball to draw; and this did just that.  This meant that the winner would be decided on wickets taken; St Mary's 6, Ursuline 4.  We won, but only just.

The final was against Long Ridings Primary School.  They played brilliantly too and again, the match was pretty equal.  This time, Long Ridings had to find 12 runs on the last 12 balls, but they didn't quite get there, leaving St Mary's winners of the tournament.

On to the Essex Country Finals on 2nd July.

The Rounders club is over subscribed, with 45 members and 15 further on the waiting list.  Miss Butler, Mrs Gupta and Mrs Taggart are very proud of the focus and determination of the pupils to learn the vast number of rules and tactics.  This certainly paid off, with a convincing win at the Shenfield Sports Partnership tournament.  The team came top of their group with excellent fielding, continuing with a win in the semi-finals against Herrington House and reaching the finals to play against Woodlands Hutton Manor.  This team certainly tested them more but the team came out winners.

This took them to the Essex Country finals where they reached the semi-final.  They came up against Earls Hall, who pipped us to a win by only half a rounder.  Earls Hall went on to be County Champions; definitely worthy winners! 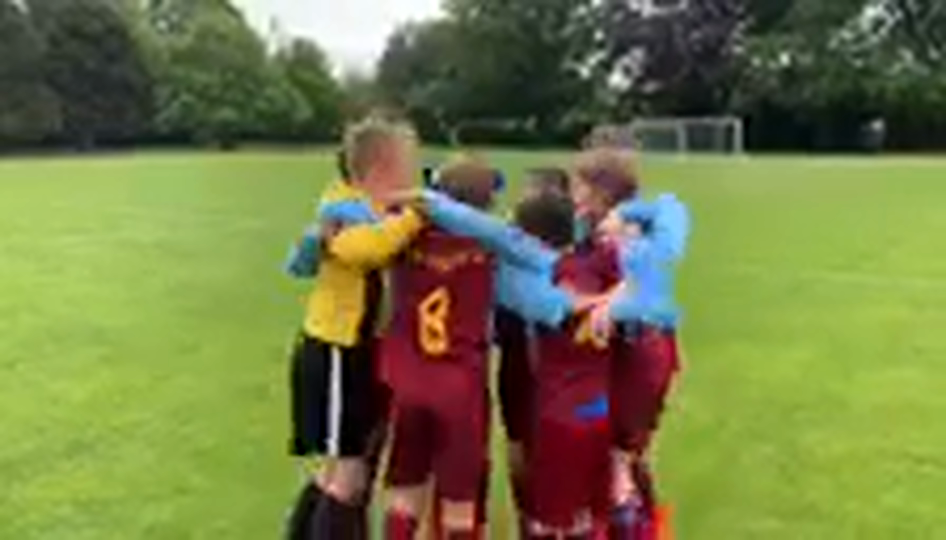 Sophie is an all-round sports person and excellent team player. Despite her amazing skills across a wide range of sports and achieving a high level of success, she always remains humble and celebrates the achievement of others. She certainly plays to win and is desperately sad when defeated, but continues to praise those around her, she is a good sport!

At her time at Shenfield St Mary’s, Sophie excelled in a wide range of sports.

She reached the Essex cross country county finals every year she took part, which was in every junior school year.

She started to play football at school in Year 3 and went on to captain the team to be the local league winners in Year 6, narrowly coming second in both the Chelsea and West Ham Primary Stars regional tournaments. She played U12 Southend United Community Academy Girls team, where she was playing up a year and she was the team captain, until recent times, now playing for Hutton FC. We have recently heard that at her new secondary school, she plays in the year 8 team, leading them to victory from the start. However, football has had to take a back seat for now due to another passion.

In Year 5, Sophie was the only player of her year to play in the school rounders team, where, at first post she got out many players across Brentwood, then Essex and finally in the national finals, where the team came second. The following year, as team captain, Sophie led the team to victory with confidence and enthusiasm, this year coming home national champions. Throughout every match, Sophie reassured her team when mistakes happened and celebrated when other team members did well. She was an excellent captain.

Her passion and true strength lies in cricket. Sophie is a fast bowler, a really fast bowler. Her skills have gone from strength to strength, aided by natural ability but improved by sheer determination – practice pays off! Sophie has been spotted at the nets honing her skills on many occasions. As a result, her all-round excellence in cricket has been picked up. Here are some of her achievements:

She has played U12 Essex County Girls team - she was playing up a year with all the other girls being Year 7s. She usually opened the batting and was a regular bowler, played U13 Essex County Girls team - was asked to play up at U13 a couple of times with girls who were Year 8. She also played U11 Shenfield Division 1 Squad - Sophie was the only girl in the team. She often opened the bowling and sometimes the batting. With her Shenfield team they were U11 Division 1 League Champions and they came 2nd in the U11 CEDCB Cup Final. And she played U13 Hutton Girls in the girls league. Sophie has recently been awarded U12 Essex County Batswoman of the Year 2018 and the U11A Shenfield Club Player of the Year 2018.

Most importantly, Sophie is, and I am sure will continue to be, an excellent sporting role model for girls in our community. She is respectful, courteous, resilient and perseveres throughout. This is why I am nominating her to be the Young Sportsperson of the Year.

We couldn't be prouder!  Due to practice, determination, tactical awareness and excellent team work, this wonderful team won the National Rounders Year 6 Tournament, held in Leicester, for 2018.

They were amazing and we could not have been prouder of them.

Runners up in the National Rounders Finals 2017

Unfortunately not the ones with chocolate chips.

Some cookies are necessary in order to make this website function correctly. These are set by default and whilst you can block or delete them by changing your browser settings, some functionality such as being able to log in to the website will not work if you do this. The necessary cookies set on this website are as follows:

Cookies that are not necessary to make the website work, but which enable additional functionality, can also be set. By default these cookies are disabled, but you can choose to enable them below: